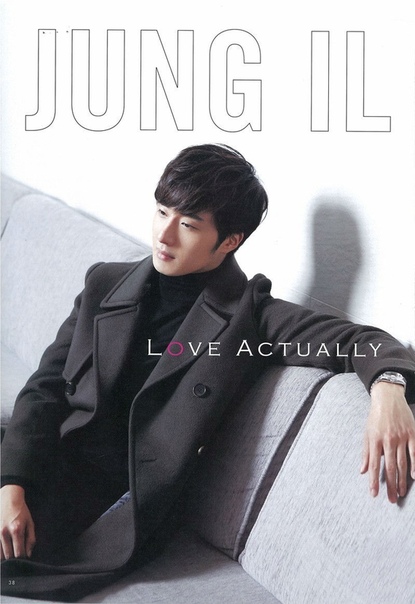 — Well, my head is still in The Night Watchman’s Journal mode…

…having said this, Jung Il Woo touched his head and smiled like apologizing. He cleared his throat, looked into my eyes, his face took on a serious expression. Then he started to speak:

— The work that made me an actor is The Golden Rainbow.

It seems like you have emotional affection towards The Golden Rainbow.

— This is the work that confirmed that I can be an actor. I’m sure that only due to the fact that I overcame it, I was able to act well in The Night Watchman’s Journal.

How did you decide to show yourself in the role of attorney Do Young?

— I wanted to show myself from different sides. Do Young is a character that transforms. At the initial stage, he looks like an incredibly easy and fun person, but after meeting Baek Won, he starts changing. He’s becoming increasingly gloomy and depressed due to serious events taking place. I kept thinking only about how to express these changes, so that it looked and was perceived naturally, without tension. I was very pleased that the results of my efforts deserved high marks.

Do Young’s relationship with his father makes this picture interesting and deep.

— The relationship between them was terribly complex and difficult. Do Young can’t help loving his father and can’t do anything, no matter how disgusting his father is because he is a blood relative. I tried to express this terrible pain and suffering.

Were there scenes with the father in which you couldn’t understand and accept him?

— Of course there were scenes when I couldn’t like him for 100%. Despite this, the actor must understand the emotions of the hero and make them his own. I tried to be not Jung Il Woo but to be Do Young.

What is your real parent-child relationship with your father?

— We have friendly relations in our family. But my father is not one to discuss my work. Truly saying, he’s worried about many things and is interested in many things. But he doesn’t speak about it deliberately. He always keeps track of all my films but never praises (Jung Il Woo is laughing saying these words). Sometimes he talks to me about it in a slightly joking (mocking) manner. So, I try not to be the first who starts conversation with him about my work.

Can you imagine yourself to become a father one day?

— Sure. If this is possible, then I’d like to become a girl’s dad. Want to know the reason? The thing is the girls are absolutely incredibly cute (he’s laughing saying it). In The Night Watchman’s Journal dorama I shot with unreal cute girl.

But the boys are cute too. Is there really any difference?

— Yes, there is a difference! I don’t know how to explain it but the boys are something else (he’s laughing saying it). I’ll definitely become “crazy, too loving dad”.

Is there anyone among your classmates who has already married and become dad?

— Yes, lots of them. Oh, wait, I have recently uploaded picture to Instagram. Do you want to see it?

(With a joyful expression on his face, he took out his smartphone and began leafing through photos)

— Well, where is it? I found! I found it! Here is this photo. How do you like it? I have a baby in my arms; she is so cute, isn’t she? Really? Is she cute? This is my friend’s baby. His wife is Japanese. My friend now lives in Tokyo with his family. I came to look at his baby and just made this photo.

Il Woo, you hold her like you have lots of experience!

— During all the time I was holding her it was impossible to embrace all her cuteness. It’s because the newborn babies are so unconditionally cute that you are happy just because they are near you.

Do Young is always near with Baek Won with all his heart. And what do you like in love?

— I’m also very thorough and sincere in love. And I’m also of a type that spends a lot of time getting to know a partner properly.

Do you mean before you start to fall in love?

— Yes, before we start dating. No matter how much I’m in love, I won’t start dating right away. And why am I like that? (he’s laughing saying it). I want to start dating only after I know my partner well and also after the partner knows me completely. Love will begin only after reaching a complete mutual understanding. I’m too serious, am I not? In any case, I’m not the one who easily starts a relationship.

You pay too much attention to the process of getting to know a partner. What if it happens that in the end she won’t be the girl for you?

— This often happens. I have long been cautious and prudent but with age the degree of prudence becomes more and more difficult.

Do Young likes Baek Won, but she’s completely different from him. And what about your preferences?

When two people do one business, they understand each other better.

— No, they don’t (he’s laughing saying it). I don’t like it. I can’t imagine person working like me. However, I don’t have many opportunities to meet someone beyond show business…

While you’re working in show business, it’ll be really difficult for you to meet a person beyond it.

I heard that you wipe the dust in the car every day without missing a single day, and you don’t fall asleep in the evening until you check your schedule. Such a meticulous Il Woo, with such a love of cleanliness, probably looks at the girls sharply and strictly. Have you any main requirement for a girl?

— She should not be an actress (he’s laughing saying it). There’s nothing special except this thing, actually. Love to each other is much more important than some requirements. If I worry about whether she knows how to clean or knows how to cook, then what kind of love is this! It turns out that these are the requirements, right? For example, you can’t date with girls who go to nightclubs. I believe that such thoughts are infantile. Instead, one must look wider at the personality and her charm. Internal content is the most important thing; appearance is not so important.

— Everyone has the impression of my appearance that I’m an incredibly soft person, but those who know me closely think I’m very manly and say that masculinity is felt in me. They say that in The Night Watchman’s Journal people generally perceive me as soft and sweet but at the same time there is a feeling of masculinity. This image is stored in the dorama to the last minutes. I think this is a quite complicated image.

And when you are on a date with a girl, for example, do you switch “Il Woo man” on?

-It’s only me who to plan all the course of the date. From the very beginning to the very end, I’ll only stick to my opinion. Everything will be decided only by me: what restaurant to choose, where to go, where to go to have some tea and so on. 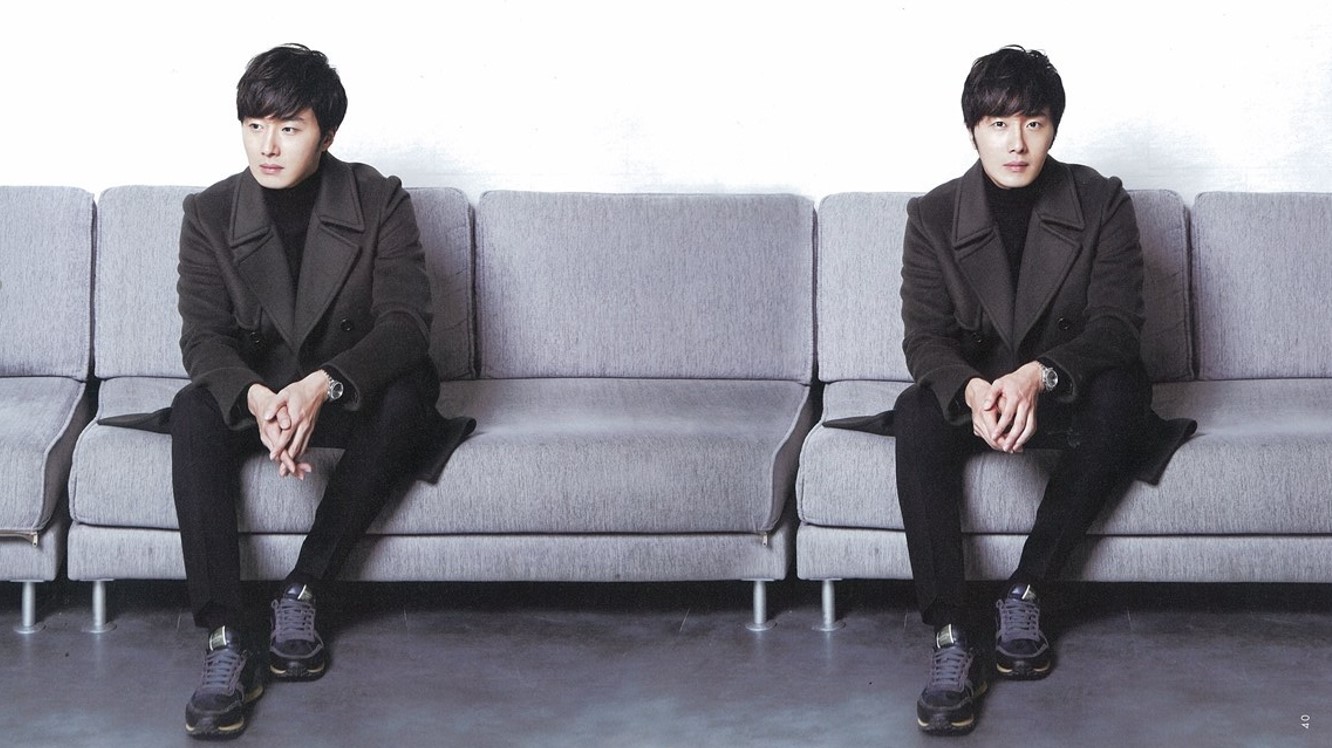 So, you choose and book everything in advance?

— Sure, it’s out of question. Maybe it’s a bit tedious but it’ll be interesting and fun, and this is something more. I’d like to choose the restaurant which I like to eat in by myself. It would be great to share with the girl the pleasure of delicious food. Another good thing would be to find a hobby for both of us to enjoy together. I want to be in a relationship with an understanding with the girl. But her work should definitely be outside of show business (he’s laughing saying it).

But this is absolutely uncompromising!

— Only different fields of work will let us learn something from each other.

What kind of girls can suddenly enchant you?

— This is a person who does her best in her work and has a pronounced pride in her work, regardless of gender. I’m also proud of my acting profession, I love my work and I feel responsibility for it. That’s because I am like this, and that’s why I’m looking for a partner with a similar image and style of thinking.

You’ve reached the eighth anniversary of the debut. Looking back at your acting life, what do you think about?

— I had a very happy start. I was really lucky. I’d like to share my happiness with all the fans that I have not only in Korea but also in other countries of the world. Fans don’t just give me their love they also spend a lot of their time watching me. So, I feel my responsibility for this and can’t be careless in putting my efforts into my work. I’m not really alone, I’m moving forward with my fans. The more I work, the greater the responsibility for my work and my responsibilities as a person.

Now and in the future, what do you need as the actor?

— I need truth, reality. I have to make people feel it with my acting. Anyway, I really try to truly reflect the hero. Only then can viewers feel the truth in the game, and not fake. Thinking so, you can make your acting more and more interesting. At the same time it will become difficult but this is the charm of acting. I want to be the one responsible for my work which I have chosen for myself. I think that such a person is a really cool one. 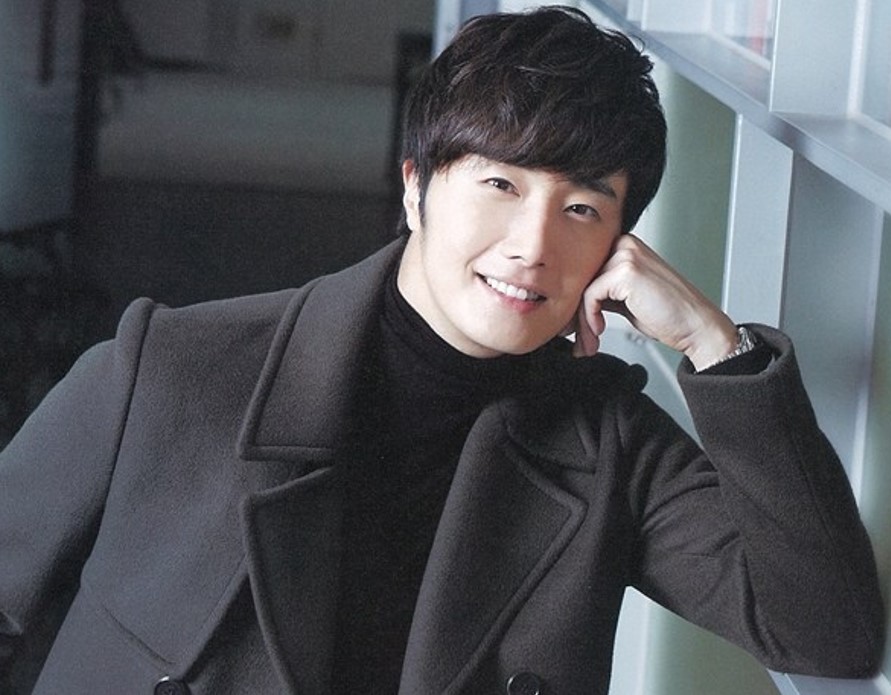