Fans eagerly await historical dorama “Haechi”. Jung Il Woo, the lead in this interesting and popular series, is dazzling. When it comes to the most impressive scenes, his “acting with his all heart” undoubtedly attracts the audience. We haven’t seen Il Woo for a long time, but he is still extremely stylish, no one can compete with him! We’ve talked about the dorama and current events. By the way, “Haechi” is a mythical animal, capable of discerning between good and bad and defending the right.

— For the first time, I got this offer last summer. The main reason for choosing “Haechi” was that I really wanted to work with screenwriter Kim Yi Young. I read a lot of books and watched many films about Yeongjo, and thought that I’d like to act his part at least once. Many people are wondering why I chose a historical drama instead of a modern one as the first series after finishing the military service, but an actor thinks more about participating in a good film rather than about being fixated on a certain genre. So this dorama is pretty much a good choice. 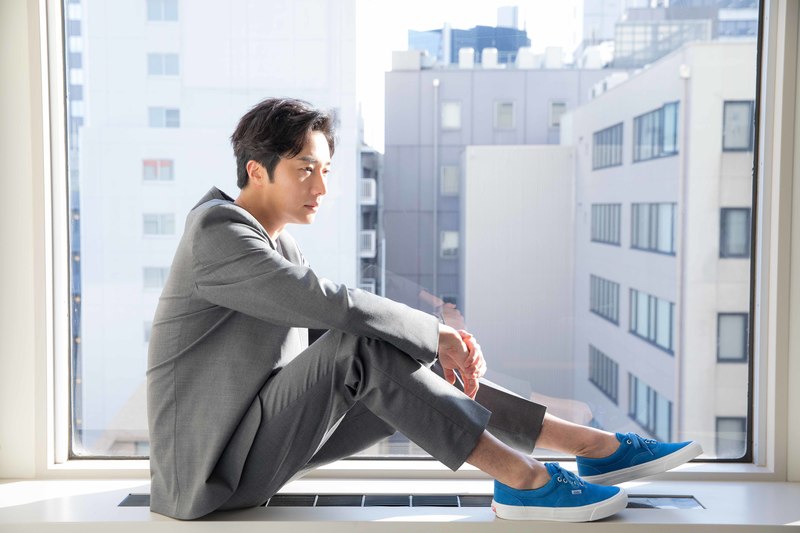 — I think, I’ve seen almost everything. Recently I’ve watched “The Flower in Prison”, and “Splendid Politics”, “Lee San, Wind of the Palace”, “Dong Yi”! “Dong Yi” was especially popular in Japan. Kim Yi Young’s screenplays are very profound, they contain a special message, to my thinking it is particularly interesting.

— This time I had a lot of discussions with Yi Young. For example, when I made a debut with sitcom “High kick!”, I had simple words and gestures. As a screenwriter, Yi Young gave me an advice, she said: “No need to express feelings with your face, it’s better to express them with your heart. Try to act with your heart.” It was very useful for me. And she also mentioned my bright eyes, which are my forte: “You are an actor with gorgeous eyes.”

— Director Lee Yong-Seok just wants to say something nice and each time tells something like this (laughs). When you are playing a drunk, it’s nice that he says: “You are the best in playing a drunk”, and when you cry, he says: “You are the best in Korea in crying on screen.” To instill confidence in all actors, he pulled positive emotions for the good acting. Because of this the atmosphere on the set was excellent like nowhere else.

— We filmed a lot in Mungyeong, then in Yongin and Puan. We really traveled across the whole country for the shoots.

— I think it is interesting to watch this dorama, because it shows friendship as well as romance. Also it depicts the history of development for Yeongjo character, who struggles alone but moves forward aiming to become a king. I hope, you’ll take an interest in this drama. It’s curious that screenwriter Kim Yi Young suggested Han Hyo-Joo, who played a part in “Dong Yi”, for the role of Lee Geum’s mother. I guess, it’ll be nice to recall such connections between the doramas, while watching the series. 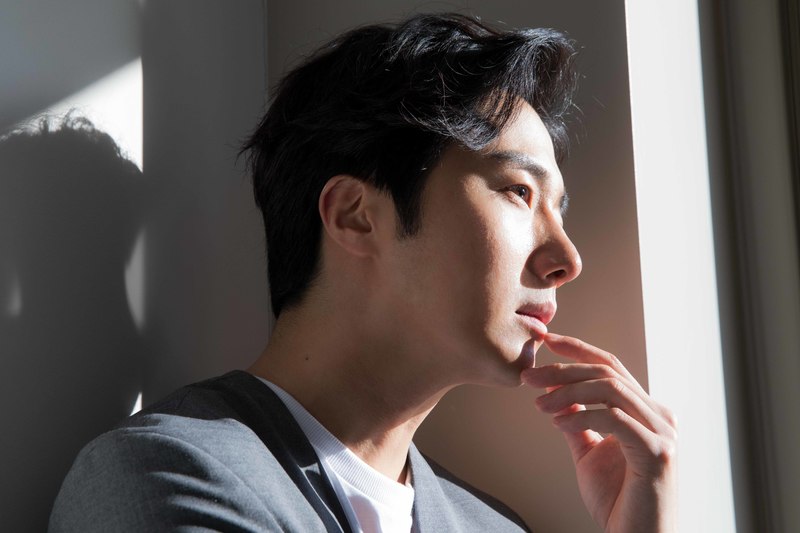 — I suppose, the main feature is that you’ll see versatility and changes of Yeongjo character. I participated in different activities. As you watch the series, observing the development of Yeongjo, you fall under his spell more and more.

—  Honestly speaking, acting is still very complicated for me, but that’s the beauty of it, there is no definite answer. This is a puzzle for the whole acting career. When you are 30, you feel more calm and relaxed as compared to the time when you were 20, do you agree? I’d like to hear that I have special acting skills, which others don’t possess. The best compliment for me will be, if I am told, that this character can be played only by Jung Il Woo.

— I can’t say anything about designers and brands, but lately I really like selective shop 1LDK. Fashion changes every year, but now I like to wear comfortable casual clothes.

— I wanted to show the things I can’t show as an actor; something I’d like to share with everybody. I think launching of a magazine is a chance to convey my thoughts about the things that are of interest for me at the moment.

— I constantly listen to Radiohead, I’m a fan. I’ve also watched “Into the Wild” that was filmed in 2007 and liked it very much. I’ve come across it accidentally, but this film sends such a profound message to the humankind, that I really began considering happiness and what it is.

— As an actor I’d like to be a person that is capable of influencing many other people. But I don’t aim to use people, I think, I’d like see people, who are sincere and straightforward, beside me.

— From an early age I wanted to undertake a pilgrimage in Santiago de Compostela in Spain. I’ve been there three times already. When passing this pilgrim track, I’ve felt a lot of things. Travelling for me is a way to find myself. Next time I’d like to see Aurora Borealis.

— It is a famous Jeju city; Gangwon-do provice, where Olympic games were held, is also very good; the Eastern Sea (Koreans name for the Sea of Japan) is beautiful, so I’d recommend it!