Since I’m exactly the same type of “Tsundere” (this is a Japanese term meaning a characteristic of a person that combines coldness to all and excessive warmth (love) for a particular person), I understand Ji Woon’s feelings very well (he’s laughing saying it)

Are there any traits in you making you look like impudent uncontrolled Ji Woon?

— I look like him not with some traits. It’s rather gestures, behavior, facial expressions. Such reaction and manner of conversation is usual for me. Recently, I especially notice that my personality is reflected in the character. During the performance of the role my personal qualities gradually penetrate and accumulate in the character.

Ji Woon was quite stubborn.

— I’m also stubborn. I’ll stubbornly try to convince my opponent until I prove my opinion. This my side is seen especially well when it comes to work. I’m a realist who looks at things objectively. For this reason, I absolutely can’t do what I disagree with. Just like Ji Woon, right? (he’s laughing saying it)

If you were ordered, without warning, to live with hated brothers and even make friends with them, what would you do?

— I’d feel the same as Ji Woon: this is impossible. I don’t get along well with strangers. Besides, I can’t do anything against my will. That’s why Korean fans called me a “frog”. There is a Korean folk tale about a stubborn frog that always does the opposite (he’s laughing saying it). So, if I was offered this, I’d also rebel.

— Hmm, it’s hard to say. Frankly speaking, I’m sensitive to the girls’ tears but at the same time I like girls with their own opinions. I like those girls who I can respect. I don’t really like the infantile girls who need to be looked after, protected from problems. I mean I’d feel more comfortable with Ha Won.

— I’m also “Tsundere”, so I understand well why he does this (he’s laughing saying it). Ji Woon diligently shows his tenderness in relation to Ha Won. I’m also very caring for my girlfriend. And I’m completely indifferent to other girls besides her. In the dorama, when Ha Won had an injury, Ji Woon washed her hair; I’d have done that too. I’ll do anything for the person I love, I’m sure I’d like to do anything.

What is your favorite scene in the film?

— This is the scene outdoors when Ji Woon needs to say about his love to Ha Von. It shows an attractive male nature of Ji Woon. At this moment, he looks like me.

There was a very nice scene where you got drunk and kissed Ha Won, and it was beyond the usual courageous image of “Tsundere”.

— This scene was 80% improvisation. Both kisses and me sending her hearts with my hands three times, everything was improvisation. Usual Ji Woon was completely different. I tried to express interestingly the moment when ice breaks in the prince’s heart.

What can you tell about actors starred with you?

— Jae Hyun made completely different impression on me before I saw him and after, when we began to act together. He looked like a “cool city guy” and I thought he was a nervous and picky person. But he turned out to be completely different. We got along well, at some moments he became my older brother, at other moments I saw a friend in him, and sometimes even an older sister (he’s laughing saying it). He’s a very good person, caring and responsive. We didn’t have so many common episodes with Jung Shin but when he was on the set, he always created a good mood. From time to time, Jung Shin would make some jokes, and the atmosphere would become beautiful. He infects everyone with his light energy. He has a good sense of humor and he’s also humble and polite. Seeing him like this, I thought that he’d become a wonderful singer and actor. I really hope so.

What was the most memorable on the set?

— During the filming, fans from Korea, Japan, China and other countries came to the sets and supported us. It really gives strength. I remember when I was snacking I did it with the fans and was chatting with them. In fact, I’m very grateful for this and happy. If we talk about the dorama, it was a story with many fantastic elements. Actually it was very funny to act the heir and the approach of love. I hope I managed to convey this atmosphere on the screen. 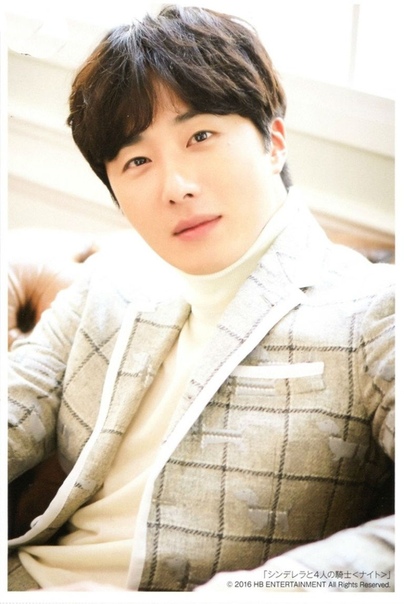